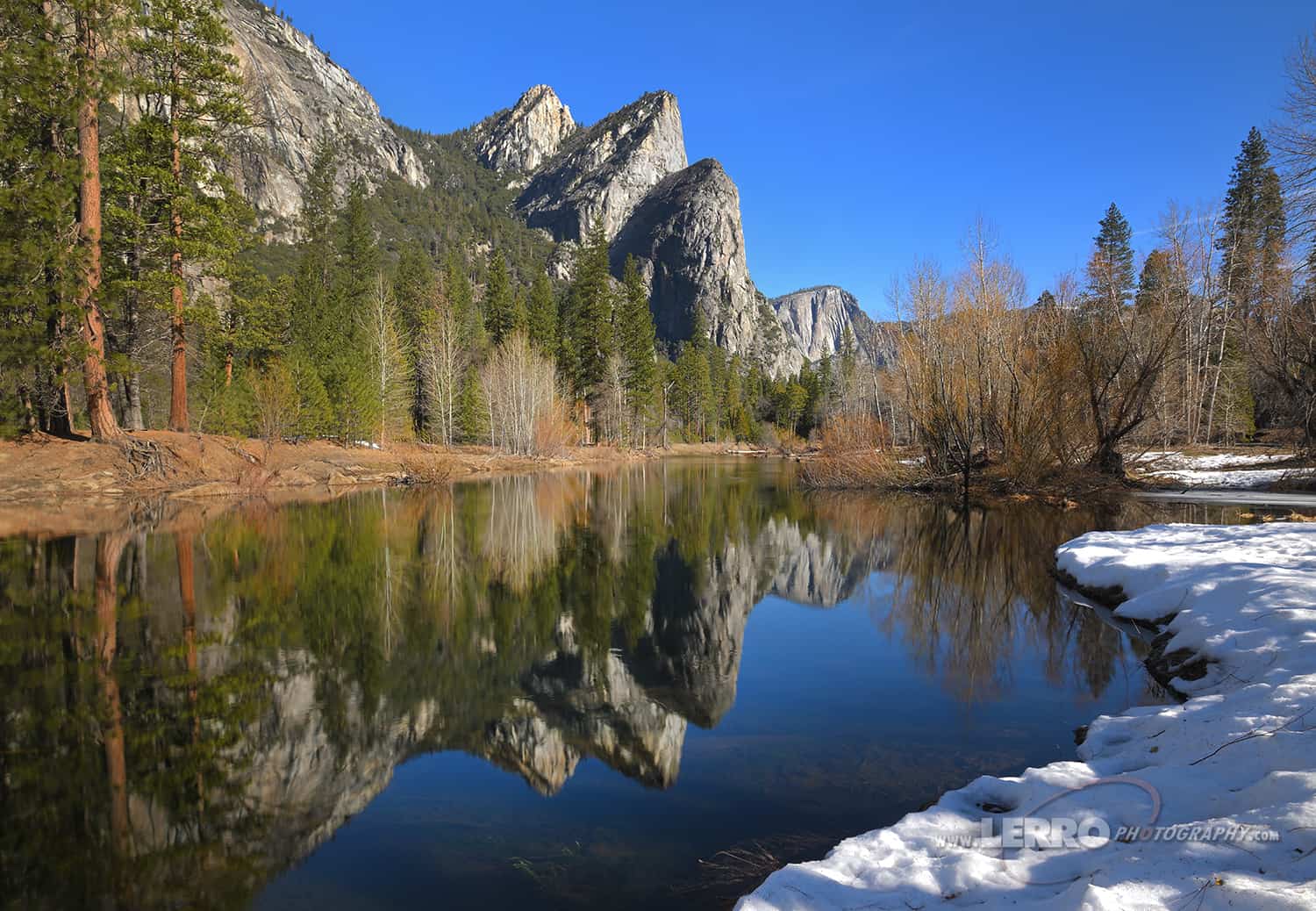 In February 2022, Lerro Photography organized a photography photo workshop at Yosemite National Park. Yosemite is one of America’s most popular National Parks and is world-renowned through the artwork of landscape photographer Ansel Adam.
We planned our photo workshop to coincide with the Fire Falls event at Horsetail Falls as well as the potential of winter storms. The winter snowfall got off to a great start with several big snowstorms in December and January but unfortunately, it warmed up the week proceeding our workshop so most of the snow in the valley melted just before we arrived.
During the week of our photo workshop, a high-pressure weather system situated itself over central California which produced clear skies all week. With clear skies comes the opportunity to photograph the Fire Falls. The Fire Falls of Horsetail Falls are a natural phenomenon that occurs in mid to late February when Horsetail Falls is lit up by the setting sun, creating the illusion of a blazing waterfall. This event peaks for about 10-20 minutes with a clear line of sunlight.
Because we had guaranteed clear skies, we dedicated two of our three sunsets to photographing the Fire Falls from two different angles. Mother Nature didn’t disappoint as we were able to capture some spectacular images of the light effect on the waterfall.
In addition to the Fire Falls, there were plenty of other locations in Yosemite Valley for us to photograph during the four-day photo workshop. Some of these locations include Half Dome, El Capitan, and Yosemite Falls. We got lucky and found a decent amount of leftover snow along Cathedral Beach which helped with our morning scenes of El Capitan. The recent snowmelt also helped with adding more water to the waterfalls.
Our photo workshop didn’t end once the sun went down. After dinner, we went back out and photographed several locations around Yosemite Valley under the moonlight. Each night, the photographers learned how to use only the moonlight and the stars to illuminate the scenes. Our shots of Yosemite Falls were especially nice with the reflections along the Merced River.
We look forward to our next photo workshop at Yosemite National Park in the next year or two.