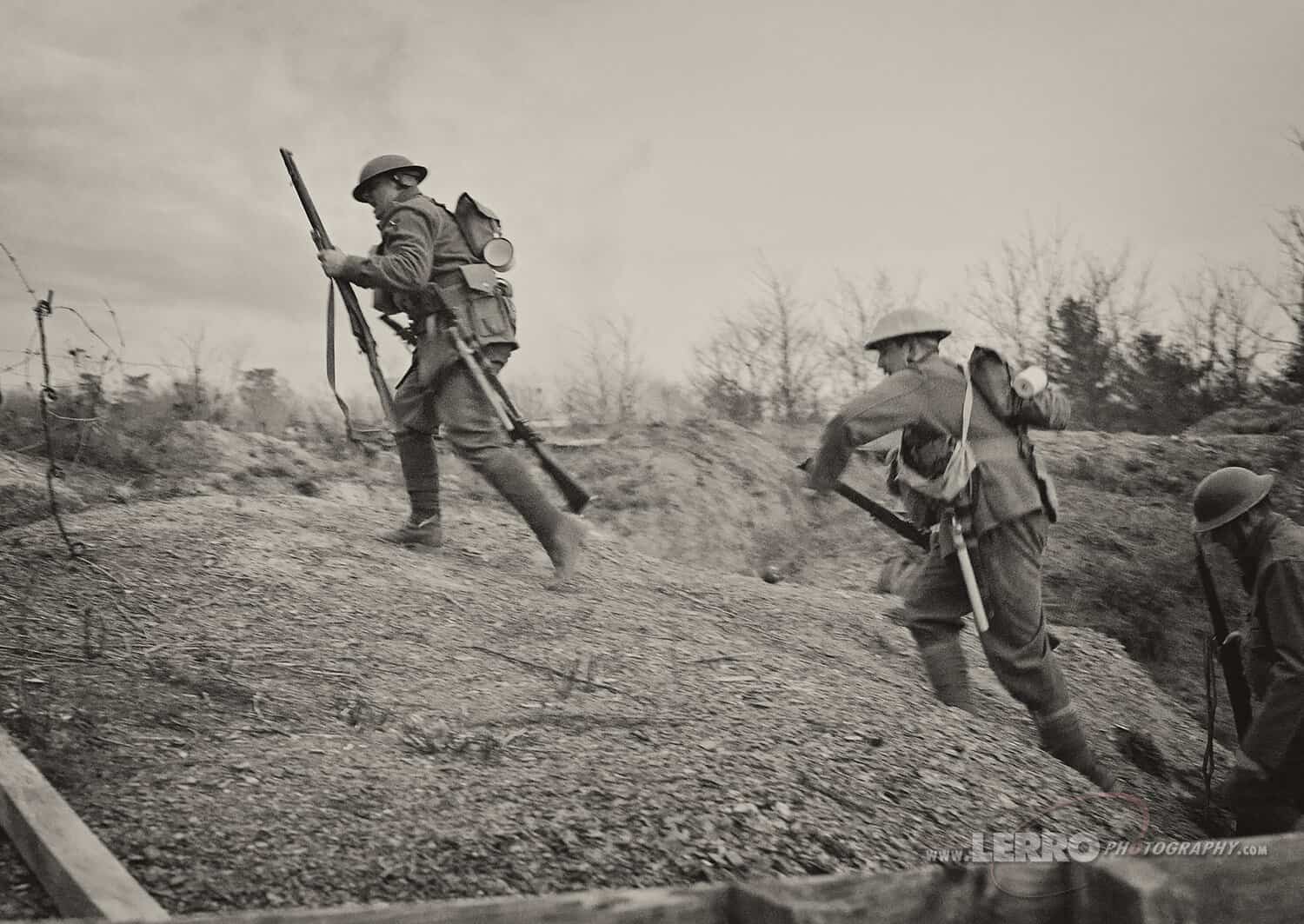 World War I – The Great War in Newville, PA

I finally got to attend a WWI event at Newville and it was quite the moving experience. The Great War Association (GWA) is a 100-acre site in south-central Pennsylvania that boasts over a mile of opposing trenches and crater-pocked No-Man’s Land. There is also an endless site of barbwire, bunkers, bombed-out buildings, and other structures that truly makes you feel you are in 1917-1918 Europe.

This event is considered an emersion event, which means it’s for reenactors only, and the general public is not allowed. All the reenactors usually remain in character for the weekend. The goal is to make the event as realistic as possible.

For me to attend, I not only needed to have a full uniform, but I also needed to hide my modern mirrorless Nikon Z9 camera. Starting in September, my grandfather and I worked on a rig that would hide the modern camera within a vintage 1910 5×7 film camera. With a little engineering, we came up with a way to allow the bellows to move in and out while allowing the modern lens to zoom in and out.

As an embedded photographer, I spent two days in the trenches with the 27th infantry. We stormed across no man’s land multiple times. At night we crawled under barbwire and hid in bomb creators while flairs lit up the horizon. We were gassed, got captured, and I was killed at least 4 times. At several points during the weekend, three different bi-planes flew around dropping dummy bombs on the reenactors.

I think what hit me the most was while on a night operation, a German searchlight spotted us while in No-Man’s land and they opened up on us with machine gun fire and grenades. With nowhere to hide, we were done for. One grenade even hit me on the head.

It was truly a moving experience to be taken back in time to a dark era in human history. Because of my heart condition, I’ll never be able to serve in the US Army. I can’t imagine having gone through the real thing during WWI.