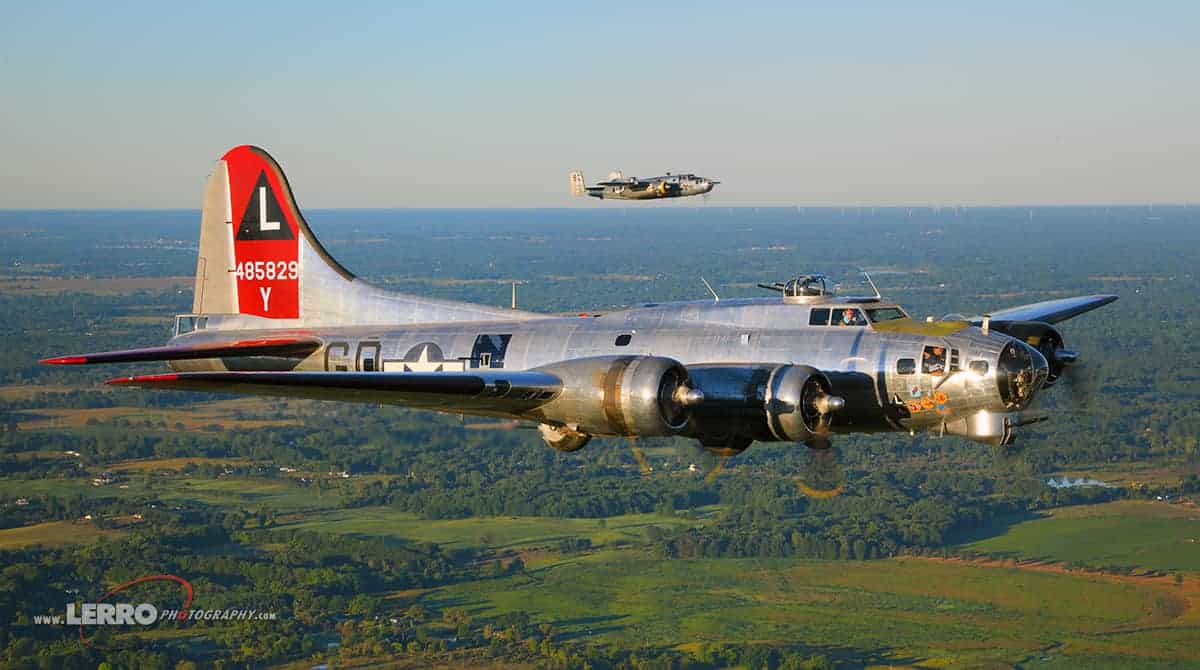 As with most large events in 2020, nearly all airshows had been cancelled, including the Yankee Air Museum’s “Thunder Over Michigan” airshow. As the saying goes when one door closes, another opens. In this case, it allowed Lerro Photography the opportunity to put together a last-minute photo shoot. Since the museum had everyone already scheduled, they were more than happy to host us. While following Michigan’s Covid-19 rules, Lerro Photography was able to put together a number of reenactment photo shoots throughout the day.

The schedule featured two air-to-air photo shoots, an afternoon ground shoot and a night session. For the air-to-air shoots, the photographers flew in the C-47 “Hairless Joe,” which had its rear three windows removed on each side. Once in the air, the photographers would photograph a Huey, a B-17 and a B-25.

Our first photo shoot of the day was to be a sunrise air-to-air photo shoot. Due to bad weather, we had to postpone it to the next morning, more on that later.

Our afternoon ground photo shoot featured the B-25 and B-17 parked in an open area near the hot ramp to simulate England 1944. We had the correct number of historically dressed reenactors for each plane and they posed both inside and outside the planes to replicate several different scenes. We also had a WAC officer, flight nurse and 4 classic pinup girls that posed around the plane and with the vintage vehicles.

The evening air-to-air photo shoot was the same schedule of planes but for a different group of photographers. After our briefing, we loaded into the C-47 and off we went.

Once back on the ground, we got to work setting up the lights and staging the planes for the night session. The night session featuredfiveaircraft, all with their engines running. One of the unannounced surprises was a Ford Tri-Motor. The lineup for the evening included the B-25, the Ford Tri-Motor, the Huey, the B-17 and the C-47. Each aircraft was individually lit and the airport firetruck sprayed water in front to help create a reflection. Due to space, after each aircraft was photographed, we moved onto the next pre-staged plane. It was quite the logistical challenge, but the folks at the Yankee Air Museum graciously moved aircraft around while we were shooting other planes. One of the many highlights included the Huey hovering during its time slot. At the end of the night session, a group of airborne reenactors staged a scene next to the C-47.

Sunday morning was crystal clear and unseasonably cool. We took off just before sunrise and met up with the Huey just as the sun rose above the horizon. After the Huey, the B-17 met up with us. Before the B-17 left us, we had the opportunity to have the B-25 in the same frame for a fitting finale.

The Yankee Air Museum put on an amazing show for the photographers and we look forward to working with them again in 2021.