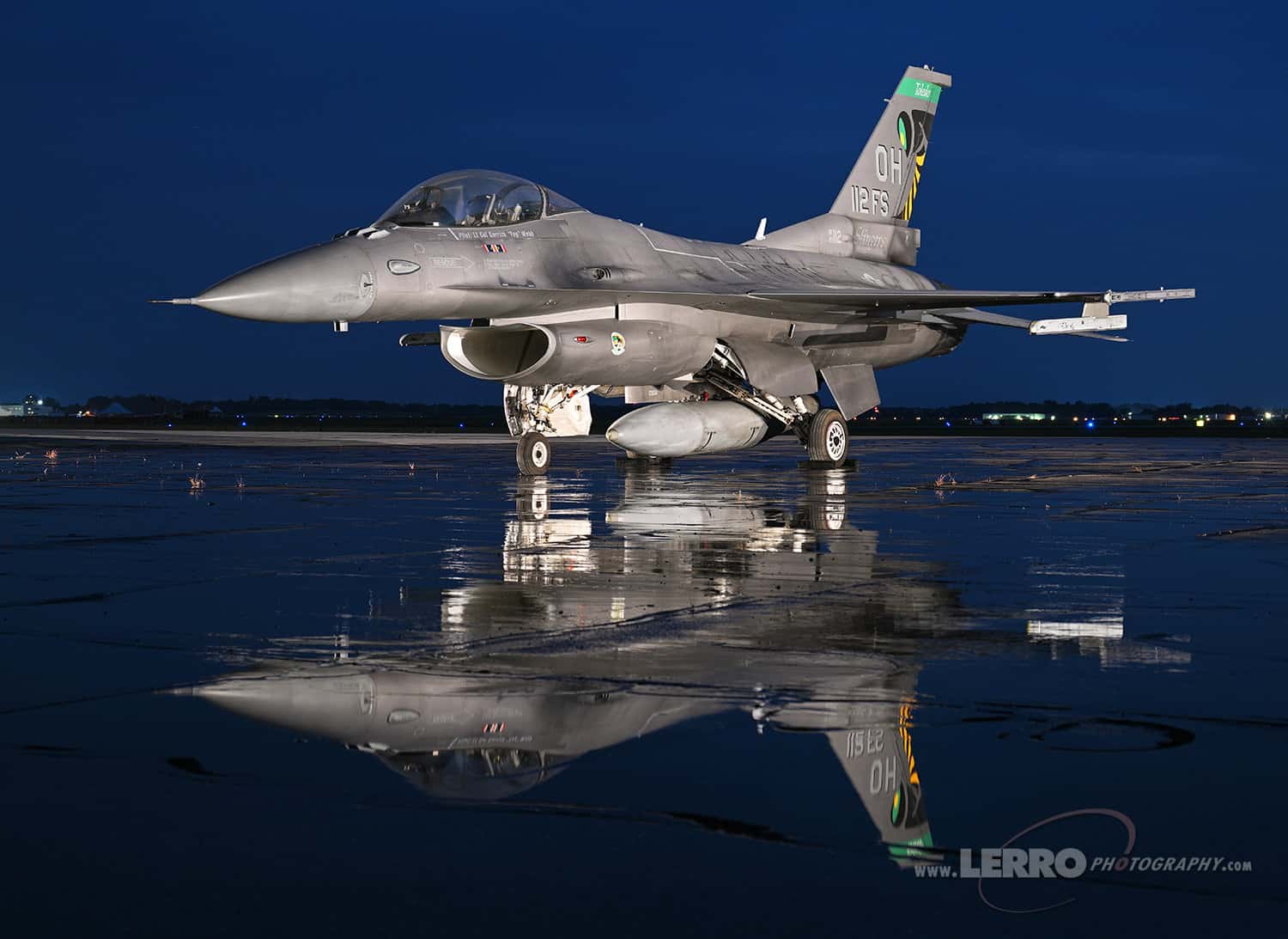 Since 2019, Lerro Photography has been providing the lighting for the night photo sessions at Yankee Air Museum’s Thunder Over Michigan Airshow. This airshow features a mix of WWII, Vietnam, and modern aircraft including the famous Blue Angels. Traditionally our night sessions are of WWII era planes. For years we have been trying to arrange for a modern fighter jet to be part of the night session and this year we finally got our chance.

To the surprise of all the photographers, an F-16C Viper from the Ohio Air National Guard’s 112th Fighter Squadron “Stingers” was in the lineup for the photoshoot. As the sun set, the airport fire department sprayed the ground around the Viper and we turned on our photo lights. The blue hour and night photos of the F-16 were spectacular and were the highlight of the night. The ground crew of the Viper joined in on the action and posed with their plane.

Once we finished with the F-16, a Messerschmitt Bf-109G-10 was pushed in and fired up for us. The aircraft’s red and yellow nose really made it stand out from the other warbirds at the airshow.

To finish the night off, a Curtiss P-40M in Royal New Zealand Air Force paint scheme was towed in and fired up for the photographers.  With the engine shut off, reenactors dressed in corresponding desert fighter pilot gear and posed next to the plane.

Other highlights from the weekend included a mini RAF photo shoot with reenactors, a Supermarine Spitfire and Hawker Hurricane. We also enjoyed the sunrise hot ramp walks as well as the overall air show itself.

We look forward to working with Yankee Air Museum again for Thunder Over Michigan 2023.