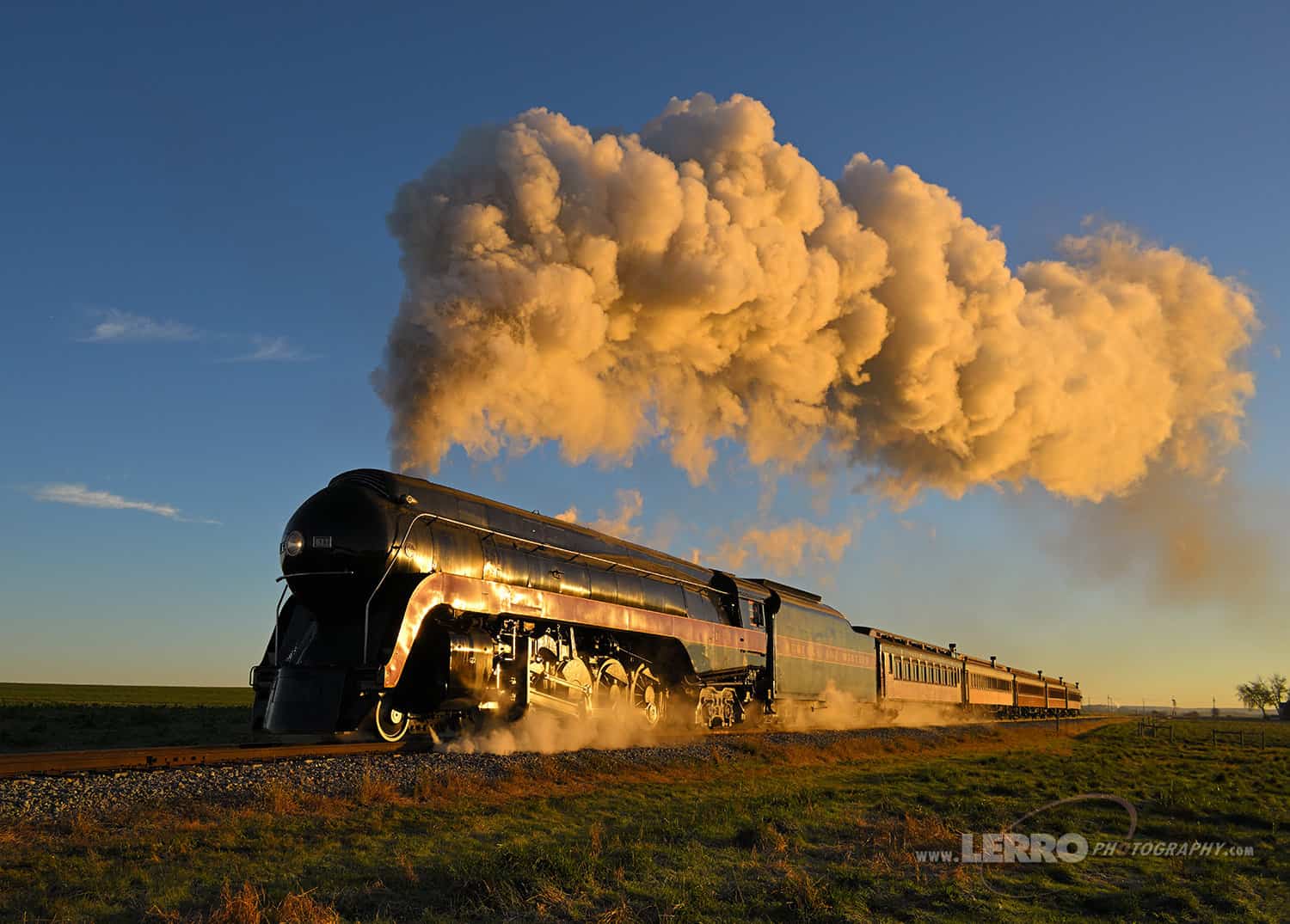 The two-day photoshoot consisted of the 611 pulling an all-red passenger train and featured photo sessions at sunrise, sunset, and a night session. Each of the photo sessions had anywhere from 18 to 35 participants so there was plenty of room to move around and take pictures. The weather really cooperated for the photographers and we were able to capture amazing sunrises each morning and sunny shots all day. Throughout each day, several vintage automobiles were staged including a 1956 Cadillac and a 1938 Dodge. We also had a couple of reenactors pose with the automobiles as well as with the train.

The night photo session featured three distinct scenes. The first scene was on a farm just outside the yard. We had a reenactor pose as well as a vintage automotive at the dirt road crossing. The 2nd scene was with all of the active roster locomotives. These include the Canadian National 89, Great Western 90, Norfolk & Western 475, and Norfolk & Western 611. The 3rd scene was a surprise to the photographers. We were able to borrow a vintage Gulf gas pump and attendant uniform from the Midatlantic Air Museum. When the photographers were lined up, we uncovered the pump and posed an automobile and the 611 next to it. It was definitely the highlight of the night.

We look forward to working with the Strasburg Railroad as well as the N&W 611 crew on future photo projects.