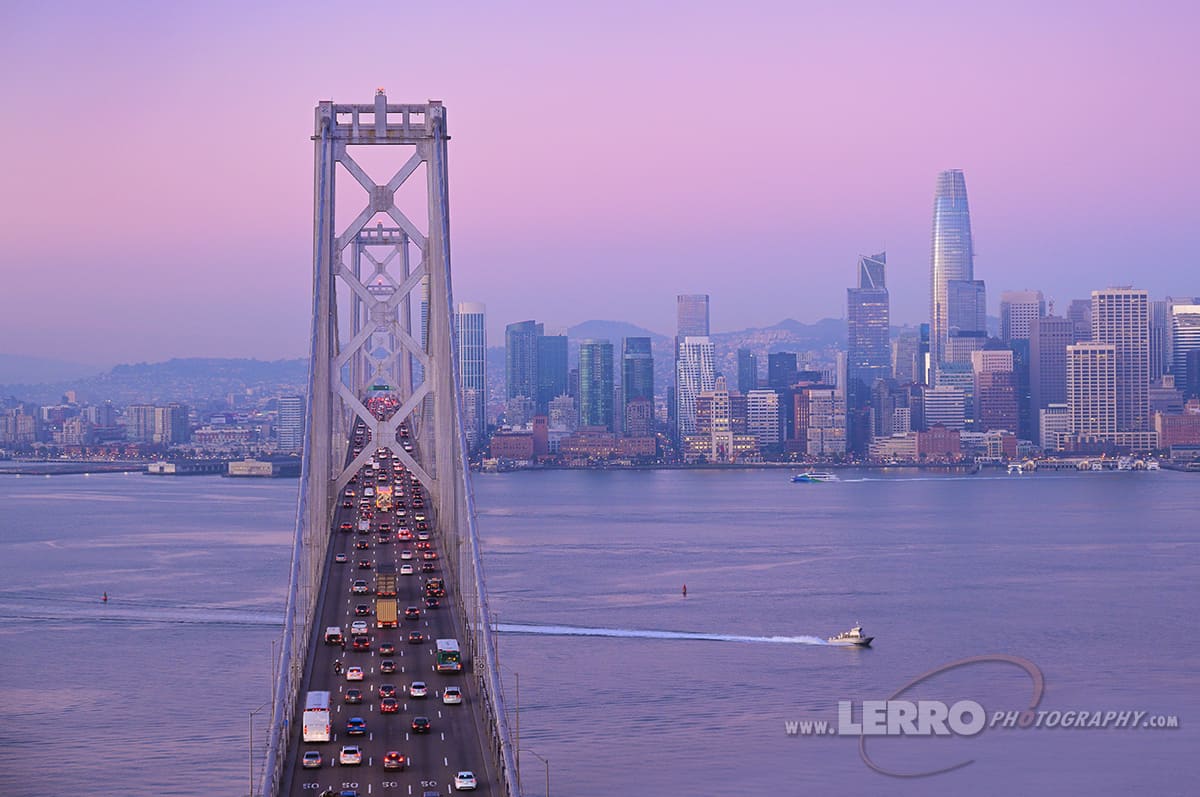 In February 2022, Lerro Photography hosted a photography workshop of San Francisco and the Golden Gate National Recreation Area for seven photographers. We started with a spectacular sunset of the rock formations at Rodeo Beach. We then moved on to nighttime photos around Treasure Island and of the San Francisco-Oakland Bay Bridge.

On the 2nd day, we returned to San Francisco-Oakland Bay Bridge and were treated to a beautiful sunrise. During our midday break, some of our group chose to take the boat trip over to Alcatraz Island to photograph both the exterior and interior of the prison as well as the adjacent lighthouse. That evening, the full group met back up to photograph the Point Bonita Lighthouse as well as the Golden Gate Bridge.

The third day of the photo workshop featured several locations around the city to photograph including cable cars, trollies, and architecture. As a bonus, we all chose to ride the cable cars instead of driving our cars around town. As an extra bonus, we also visited the Cable Car Museum during that day.

The final sunrise of the workshop featured a location in which a zoom lens was used to capture the Bay Bridge with the Cable Cars climbing and dropping the massive hills of San Francisco.