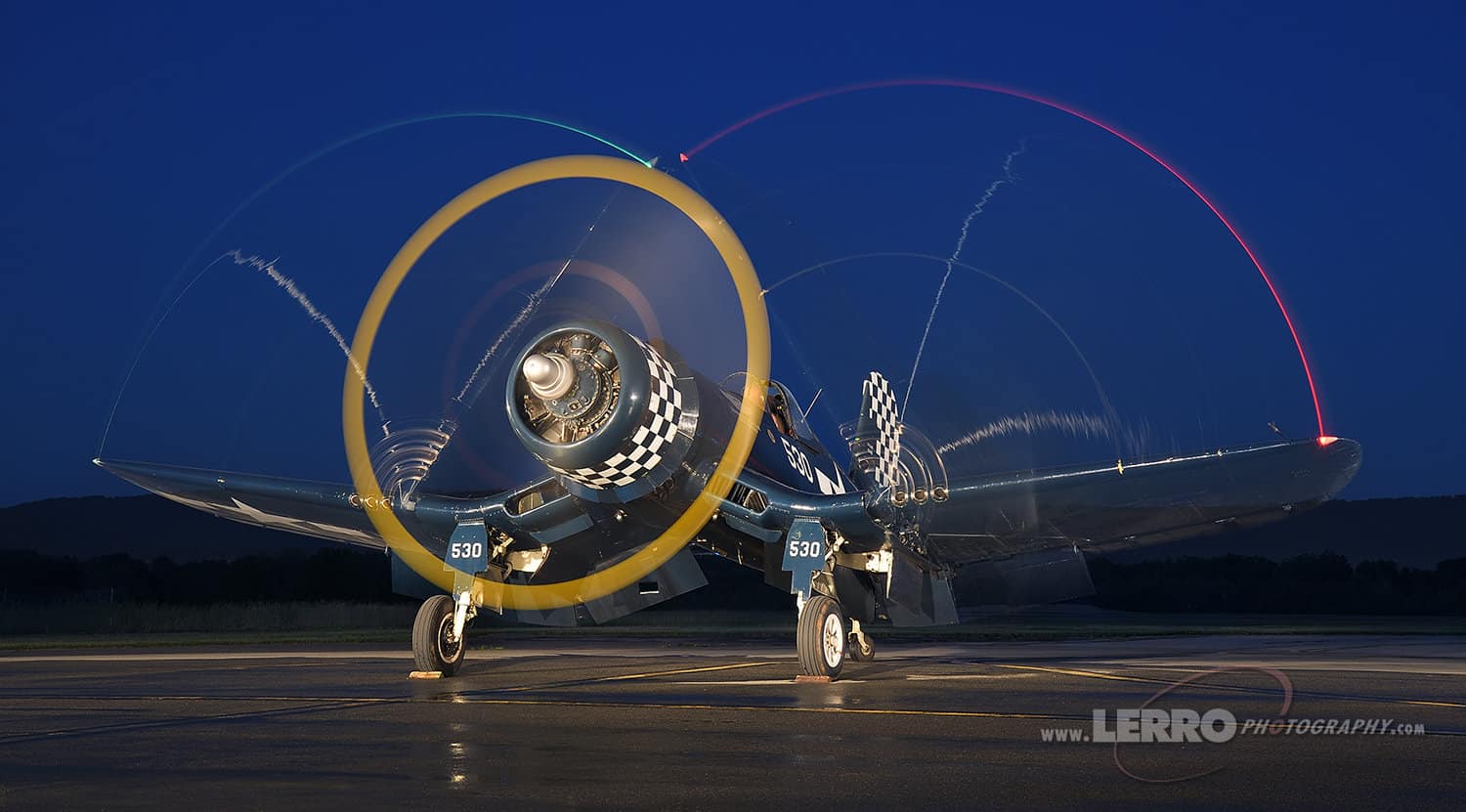 In June 2022, Lerro Photography was hired to provide the lighting at the 2nd annual night photo session during the WWII Airshow at the Mid-Atlantic Air Museum in Reading, PA. Three planes were featured for the night session, which included the Vought F4U Corsair, a Curtiss P-40 Warhawk, and a B-25 Mitchell. Each of the planes ran its engines and put on quite a show for the photographers.

On Saturday morning of the airshow, Lerro Photography recruited several reenactors to pose with the B-24 Liberator. With most aircraft shoots, we are only able to take photos of the outside of the plane, but we were lucky and were granted access to the inside of the B-24.

The airshow didn’t just feature planes but hundreds of reenactors and vehicles as well. The reenactors portrayed the Allies, Axis, and civilians. Throughout the 3-day airshow, I photographed many of the reenactors as they created living history scenes for the general public.