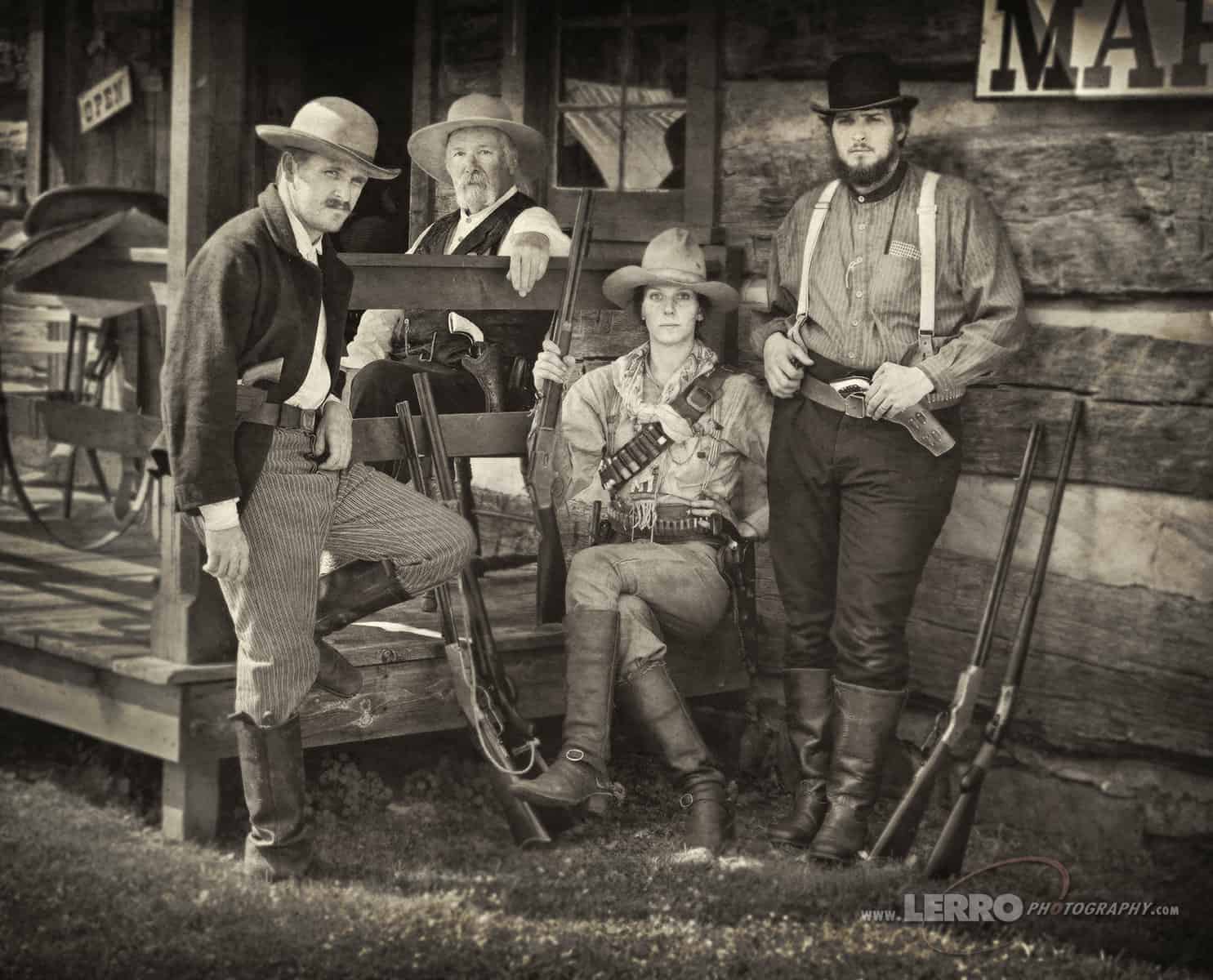 Lerro Photography was invited to photograph a public “Old West” event at the Old Bedford Village in Bedford PA. I have been trying to put on a Wild West-themed photo shoot in Tombstone, AZ in recent years but the pandemic and other delays occurred. It was thought that if we could make enough connections at this Old Bedford Village event, it could open a door to making a future Wild West photo shoot happen.

Throughout the day, I photographed reenactors in a variety of scenarios including gun shootouts, portraits, and everyday life. I saw some familiar faces and met a lot of new people. I was invited to stay after hours and photograph some night photos at the saloon. If you haven’t visited Old Bedford Village, you should make sure to stop in for some of their upcoming public events.

As we had hoped, this event was exactly what we were looking for to get an old west shoot organized. Please be on the lookout for an announcement about an old west photo shoot on the website and Facebook.