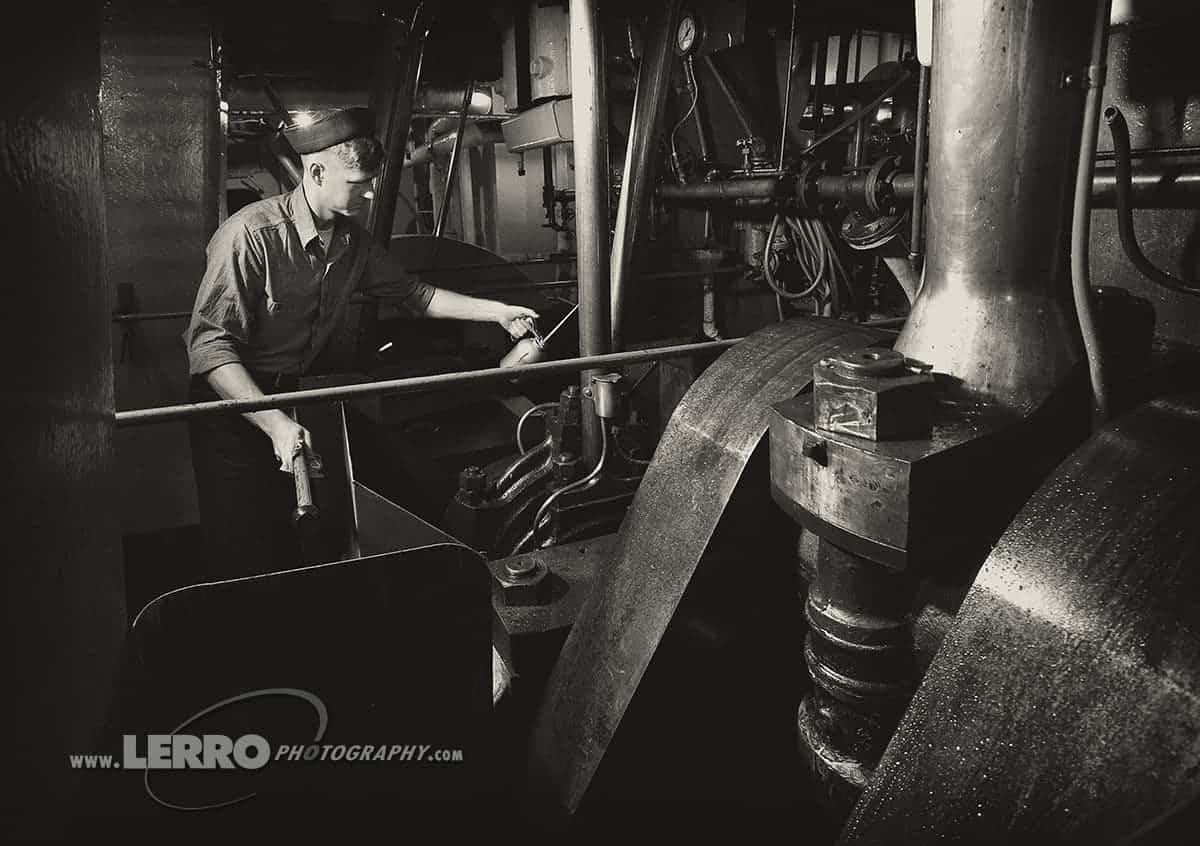 In September 2019, Lerro Productions sponsored a photo shoot on the Liberty Ship “John W. Brown” in Baltimore, MD. Originally the plan was to have our photographers and reenactors ride the public cruise and then ride the overnight deadhead run to Norfolk, VA. Because of issues in the Norfolk harbor and Hurricane Dorian, the ship had to remain docked for the weekend. Instead of fully cancelling, the photographers and reenactors opted to spend the day on the ship and make the best of the situation.

We spent the first two hours in the engine room, taking in all the sights and sounds of the triple expansion steam engine. Even though the ship was docked, the pistons still turned slowly, which allowed us to get motion shots of all the machinery.

After cooling off, we made our way through the interior of the ship including the bridge, the bunks, radio room and the chart room. We then made it above deck to get photos with the guns as well as candid shots of the crew relaxing. We were also treated to the sound of the massive steam whistle that blew throughout the day.

We hope to reschedule the overnight deadhead run in the spring of 2020.