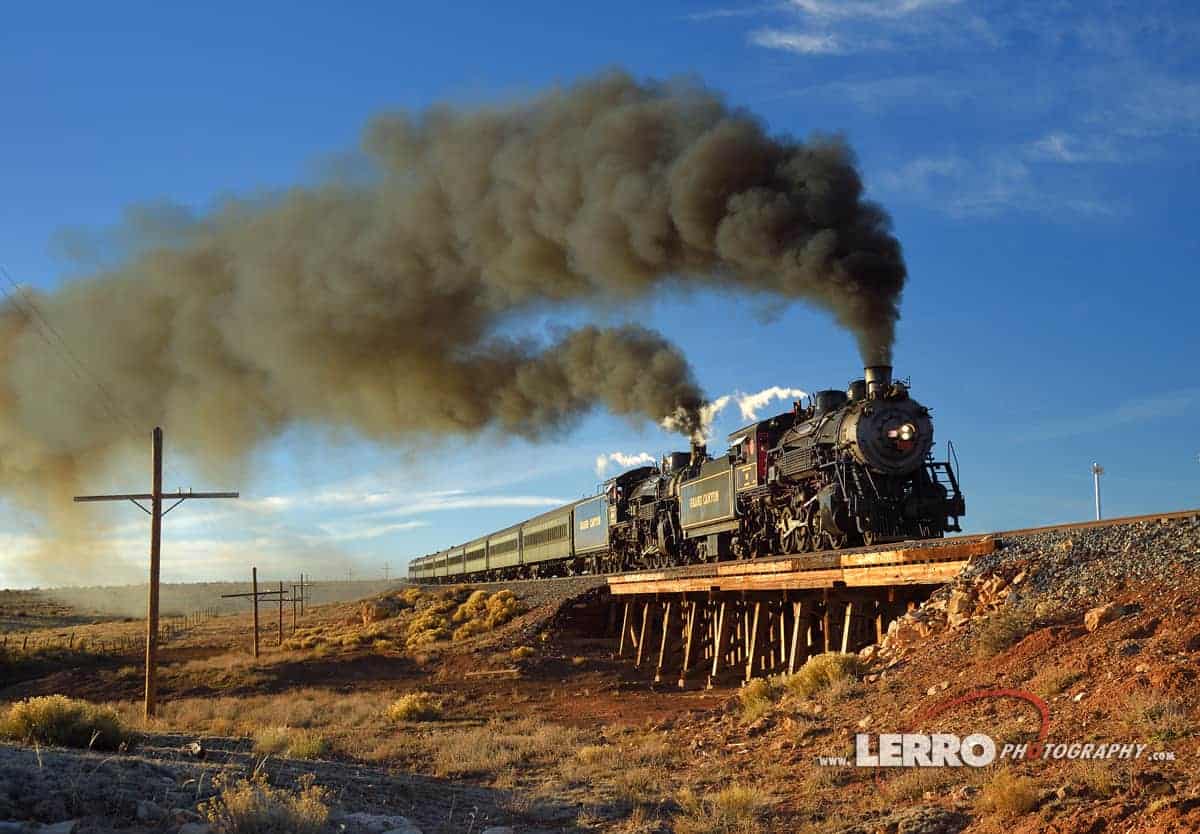 In the summer of 2016, the Grand Canyon Railway brought its 2-8-0 #29 back into operational condition to help celebrate the 100th anniversary of the National Park Service. Lerro Productions sponsored a charter in February 2017 that featured both the #29 and 2-8-2 #4960.

The first day of our charter featured the GCR #29 by itself; even though its a 2-8-0, it put on a heck of a show for our group. With the weather being overcast, we made the best of the conditions by hitting a lot of locations we wouldn’t be able to shoot on a sunny winter day. However, late in the afternoon, as we left the Coconino Canyon and went south where the landscape opened up, our luck turned and the clouds cleared just enough for us to get a spectacular sunset.

On the second day of our charter, we used the #4960 in the morning and then had both the #29 and #4960 together for the rest of the day. The weather started out overcast but by late morning, the sun came out and we got the blue skies we had been hoping for. The timing couldn’t have been better because the afternoon and evening featured the #29 and #4960 performing runbys at track speed, which gave the participates many photo opportunities. After a handful of amazing sunset silhouette runbys, we did a night shoot on the bridge just outside Williams.

We plan to go back to the Grand Canyon in April 2019 for one last doubleheader. Grand Canyon #29 will go out of service in May 2019 and will not be restored, so that would be your last chance to photograph both engines running together.