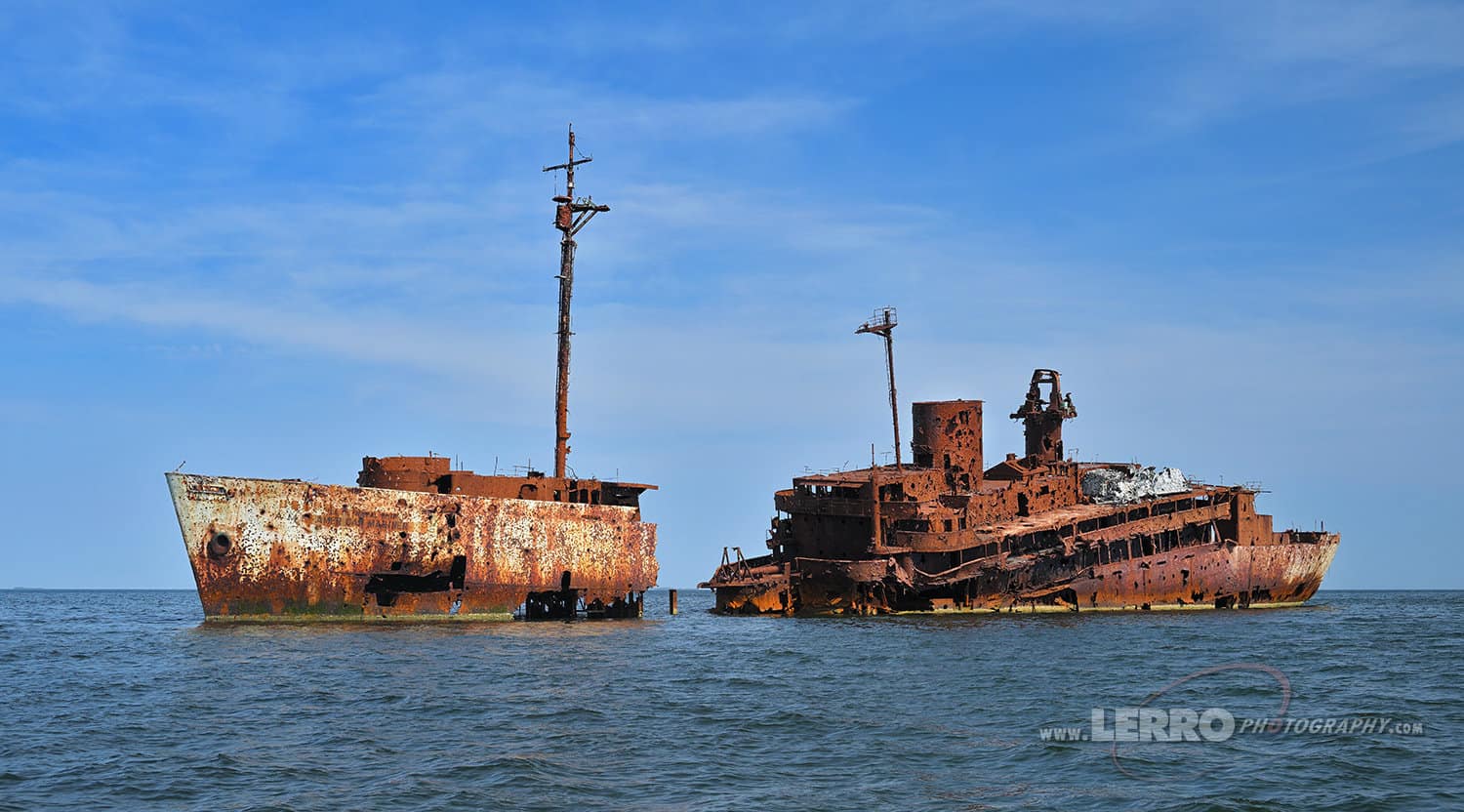 Our first day featured two charter boat rides out in the Bay. Our first boat left at dawn and we got to photograph a spectacular sunrise at the Thomas Point Lighthouse.  We also photographed the magnificent Chesapeake Bay Bridge and four other lighthouses, including Sharps Island Light. Sharps Island Lighthouse is best know for leaning at 15 degrees due to an ice flow impact that occurred in 1977.

Our afternoon boat ride took us out to photograph many additional lighthouses as well as the target ship USAS American Mariner. This ship was originally a Liberty Ship built during WWII but later became a research vessel for the US Army. In 1966, she was scuttled in shallow water with demolition charges and now sits upright in 20ft of water.

For sunset, we chose to photograph Hooper Island Lighthouse. We were treated to a fantastic sunset that any photographer would appreciate. Once we were back on land, we took a drive up to Cambridge where we photographed the Choptank River Lighthouse at night. This lighthouse is unique in that it is a six-sided “screw-pile” lighthouse, a lighthouse that stands on piles screwed into the sand, mud or river bottoms.

Sunday morning, we met up at dawn so we could photograph the landscape and wildlife at the Blackwater National Wildlife Refuge located in Cambridge. The NWR was established in 1933 as a waterfowl sanctuary for birds migrating along the Atlantic Flyway. The highlight of our morning was photographing a beautiful screech owl that was nested in a tree. We also got to see and photograph several osprey, egrets, and blue herons.

This is the 4th Chesapeake workshop we have offered. Because they are so successful, we plan on running another one in 2023.