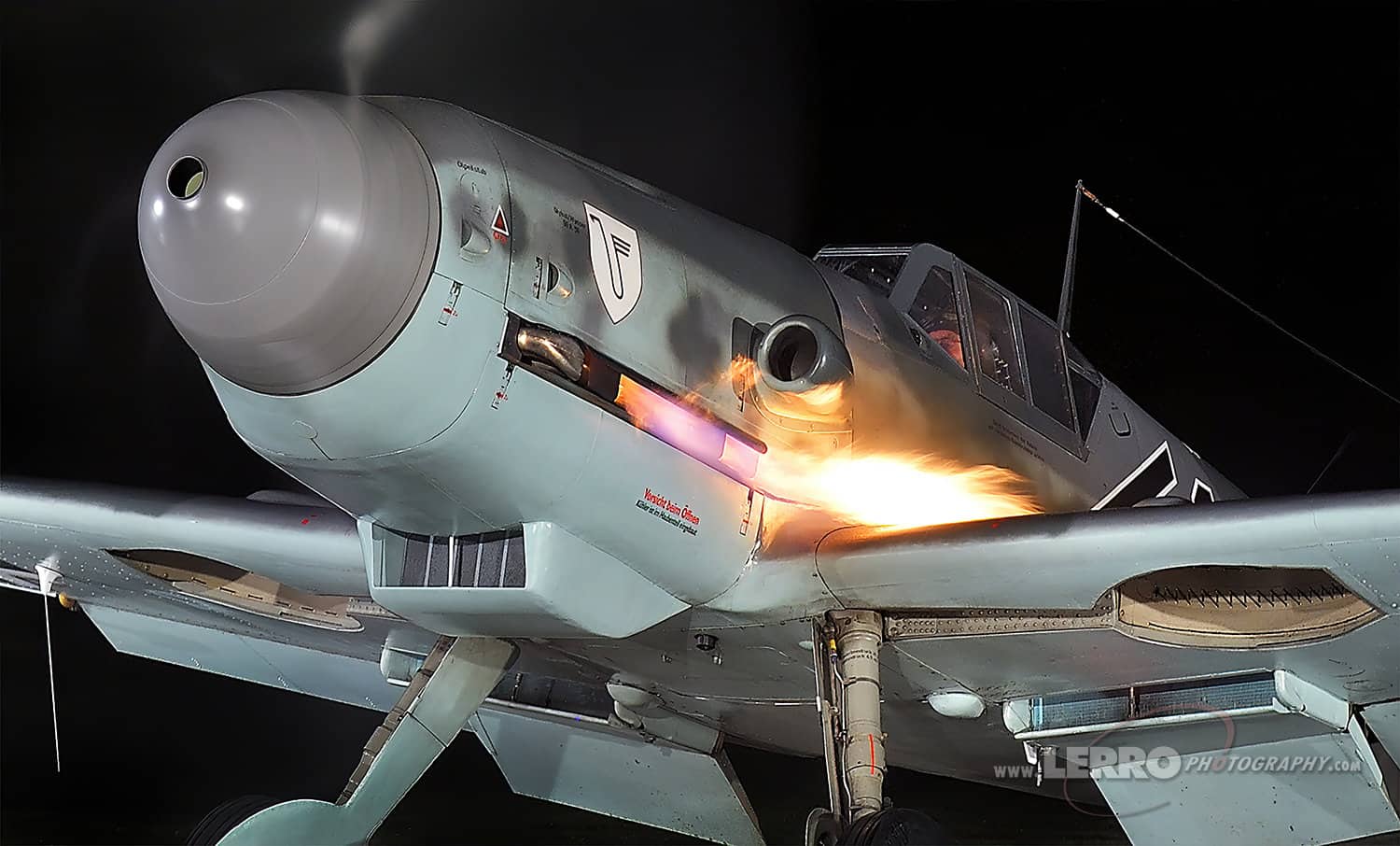 On May 28, 2022, Lerro Photography sponsored a night photography session at the Military Aviation Museum that featured three British and two German WWII aircraft. Initially, there were to be two air-to-air shoots as well as a daytime reenactment photo shoot but those had to be postponed due to weather. Luckily for the night shoot photographers, the weather dried out and we were able to proceed with the night session.

The photoshoot started in the early evening once the planes were in position on the hot ramp. The warm spring sun lit up the planes beautifully. As we moved from plane to plane, we used a water hose to create perfect reflections on the ground, which really added to the photos.

Once the sun set, we turned on the LED lights and started the engines of each plane, one at a time. One of the highlights of the night and a spectacular photo was the Bf109 clearing its exhaust pipes by blowing out a fire caused by the sparkplugs. The use of the fog machine helped create great images. Once finished photographing the engines running, we had the pilots pose next to the Spitfire and Mosquito. We used the fog machine to backlight the scene to create drama for the photographers.