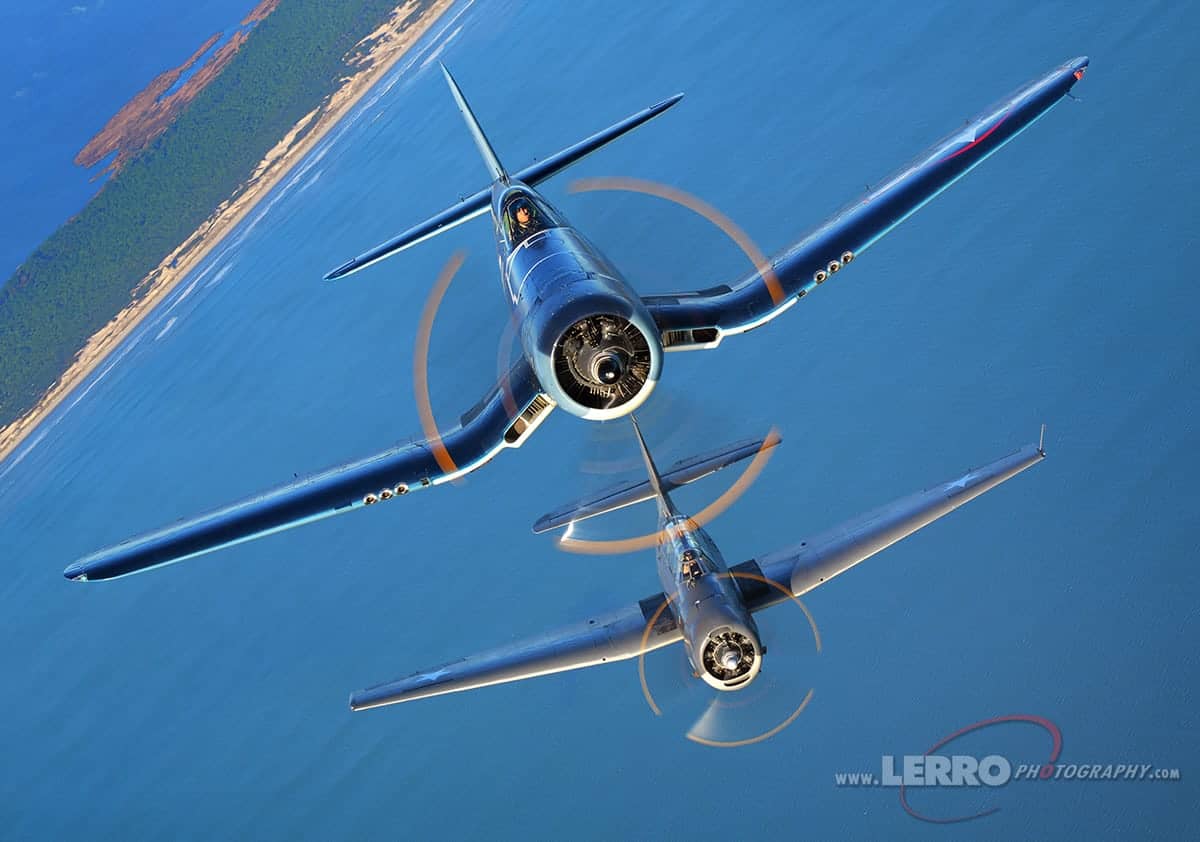 TBM Avenger and the F4U Corsair

The Military Aviation Museum is home to one of the largest private collections of World War I and World War II era military aircraft in the world, which made it an obviously choice for us to photograph. The museum is located in Virginia Beach, VA and with it being located near the ocean, it only made sense for us to go with a US Navy aircraft theme.

After consulting with the photographers, we decided to use two World War II aircraft, the TBM Avenger and the F4U Corsair, as our photo subjects. For our photo plane, we decided to use a “Skyvan,” which features a large lifting back door for loading cargo and skydivers.

Because of the open door, each photographer had to wear a harness and use a lanyard to keep themselves tethered inside the plane. We also had to make sure there wasn’t anything loose that could fly out the back of plane. This included lens hoods, glasses, and batteries. The cameras also had to be double strapped to us just in case.

Our flight plan had us photograph the Avenger for about 30 minutes, then both the Avenger and Corsair in formation for 20-25 minutes, and finally the Corsair by itself for 30 minutes. Each plane performed climbing, diving, banking, and orbital shots. We also had the planes come in close so we could get pictures of the pilots within the prop circle.

After one last sendoff pass, the rear door started to close, and the photo shoot was over. The door hadn’t even fully closed yet, and the fist pumps and handshakes were being shared by the attendees. Our greatest photo shoot to date was a success!

Start saving your pennies for spring 2022. We are in the planning stages for the “Battle of Britain,” which will feature a Messerschmitt Bf 109 and a Supermarine Spitfire in a dogfight photo shoot.

Check out the video and photos below!